In this June newsletter, we spotlight the Ghanaian born, Mussellbrook raised journalist and author, Mawunyo Gbogbo who’s enthralling memoir, Hip Hop and Hymns, is a must-read! Calling all TV journalists, either on camera or off camera to help us out by completing a short anonymous research survey about representation in newsrooms. We bid farewell to our Amplifying Voices 2022 graduates as we celebrate their incredible transformation into confident spokespeople for their communities. We also introduce MDA’s 2022 chapter members, made up of journalists and media professionals across New South Wales, Queensland, and Victoria. We celebrate The Greatest Menace, an Audible podcast which this year took out the 2022 Media Diversity Australia Award at the Mid-Year Walkleys. And while you’re with us, take a look at our snaps from our ‘Without Fear and Favour’ forum on reporting on China which we held in partnership with the National Ethnic Multicultural Broadcasters’ Council. Oh! And if you like our work, please make a tax-deductible donation to Give Back Now! 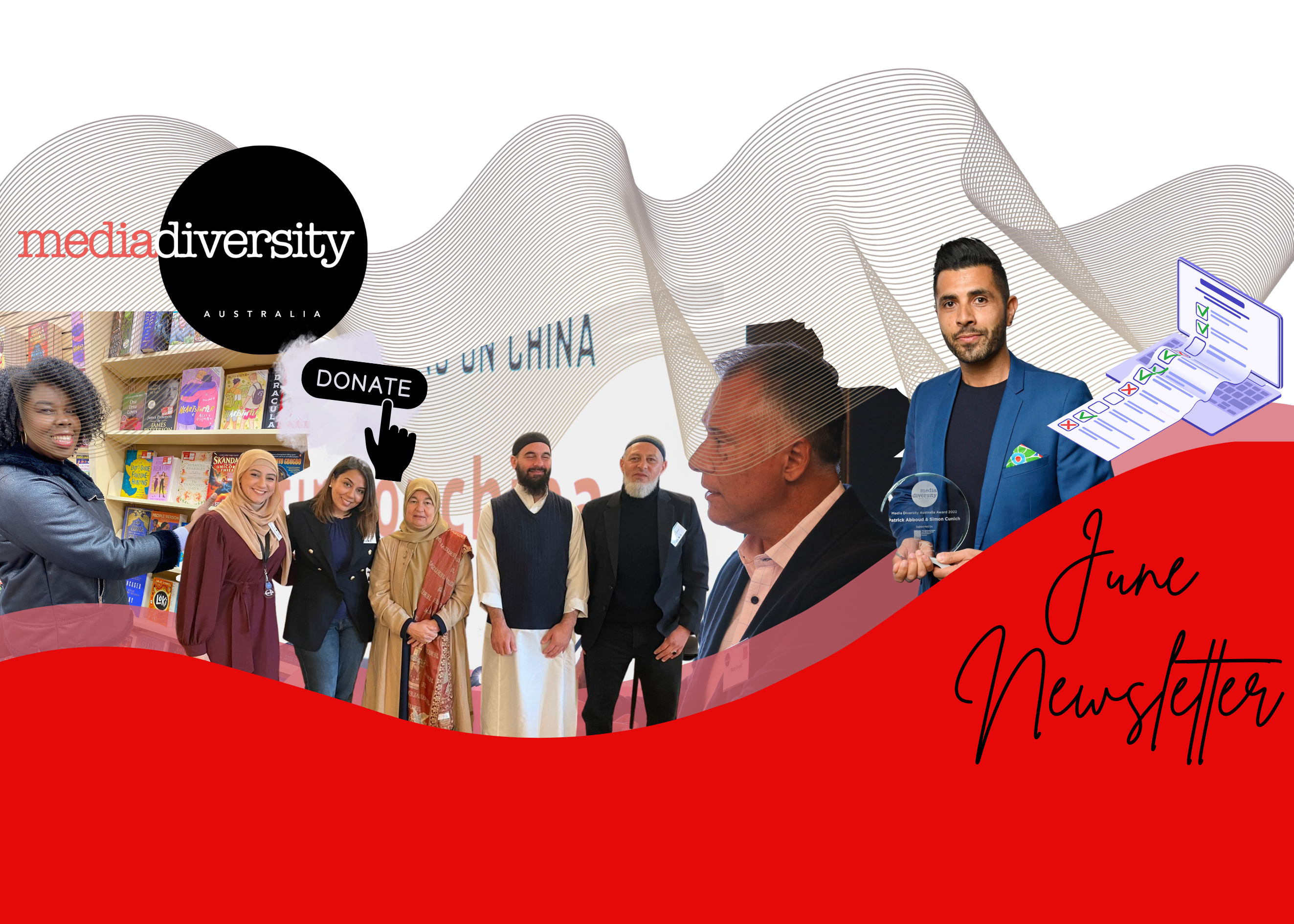 Congratulations on your debut book, Hip Hop & Hymns! Your memoir has been described as a page turner and has deeply resonated with many. Can you tell us a bit about your book?

Thank you so much. I’m thrilled by the number of people who’ve told me they couldn’t put it down and were swept away by it. In a nutshell, it’s a memoir about race, identity, music and love. It’s a coming-of-age story about growing up Black in a country town in Australia and it’s also about some of the challenges I’ve faced trying to build a career in the media as a woman of colour. And it’s a tragic love story. So, a lot of things all rolled into one with music as its backdrop given the vital role music has played in my upbringing and throughout my life.

Your book discusses some powerful themes and shines a light on important discourses that are not spoken about enough. What are some much needed conversations you hope take place as readers flip through the pages of your memoir?

I want Australians to ask themselves the hard questions. Why do I see mostly white faces on the television when people like me exist? It’s not because we’re not talented. It’s not because we’re not interested in on air roles. It’s not because we’re not working our butts off to make it happen. It’s because of systemic and institutionalised racism and unconscious bias. Another question I’d like people to ask themselves is – is the criminal justice system in Australia working? If the goal is reform, the answer would be no. Jailing 10-year-olds does nothing more than traumatise children and ultimately increase the likelihood that they’ll re-offend meaning you could be a victim of crime because recidivism rates are so high. I don’t have the answers. But I think we should be listening to people with lived experience in the criminal justice system and advocating for change.

You’ve had an interesting and impressive career progression. Can you tell us a bit about your journey till now?

I’m currently a music and pop culture reporter for Double J and ABC News. In this role, I write online articles and sometimes appear on telly or the radio to talk about these stories.

I have worked as a features reporter and producer for ABC Radio Sydney, as a journalist for ABC NewsRadio, a segment producer for the Today show on the Nine Network, and an associate producer for Insight on SBS TV, where I won a United Nations Association of Australia Media Peace Award for Increasing Awareness and Understanding of Children’s Rights and Issues.

I was also part of the ABC Regional and Local team who together with ABC News won a Walkley Award in 2020 for Coverage of a Major News Event or Issue for the ABC Bushfire Coverage.

The skills I’m most proud of include my killer writing skills – my colleagues at Nine used to say constantly “No one can write an intro like Marnie,” (they called me Marnie there) and my writing abilities are also highly valued in my current role. And I’m also adept at identifying and locating unique, interesting, and difficult to find talent.

Our readers include young diverse journalists and reporters taking their first steps into the media industry. - As someone who has worked in the industry, what is one piece of advice you can offer them?

If I had my time again, I would pick an area and specialise in it early. I didn’t do that which means while my career has been interesting, I’ve been at the same level for many years, moving sideways into very different roles but not progressing up the ladder, so to speak. My advice would be to pick an area – if you’re interested in business – do that. If it’s arts and entertainment that floats your boat – stick with that. If it’s sport… you get my drift. Also, select a medium – TV, radio, magazines, online, or newspapers. Don’t do what I did and do absolutely everything, ‘cos 20 years on, you may still be a junior reporter.

Calling all TV journalists - Whether you're in front of or behind the camera, we need your help: please fill in this anonymous survey about representation in your newsroom

Led by experts from the University of Sydney, Deakin University, and UTS in collaboration with Media Diversity Australia, we invite you to complete the survey about representation in Australian newsrooms as a regular part of Australian media diversity practice. All information will remain anonymous and de-identified. The online survey takes no more than five minutes to complete.

Our aim with this survey is to find out more about people working in television news and current affairs – whether on screen (presenter/reporter) or off screen (producer/ researcher/ camera operator/ editor/ graphics).

So, if you or anyone you know works in television news and current affairs, we’d love to hear from you! Take this anonymous five minute survey NOW

Amplifying Voices: A media training program for Muslim youth and community leaders. We congratulate our 2022 Graduates!

Minority communities find themselves often thrown into the media spotlight out of the blue and often feel ill prepared and struggle to navigate the beast that is the media. The Amplifying Voices Program is designed to level that unequal playing field to ensure communities are well equipped with the skills, know-how, and connections to navigate their interactions with mainstream media and to engage proactively on their terms. Ultimately it also helps bridge the gap between community members and members of the media which is invaluable.

A huge CONGRATULATIONS to our Amplifying Voices 2022 Sydney graduates on successfully completing the media training program for Muslim youth, women, and religious leaders from diverse ethnic and religious backgrounds.

The Amplifying Voices Program took place over five weeks (14th May – 11th June 2022) at the Judith Neilson Institute for Journalism and Ideas. The purpose of the program was to build the capacity of delegates to engage with traditional Australian media and work on their skills as media spokespeople. We also wanted to strengthen their knowledge of how social media operates to better engage their audiences.

We began Amplifying Voices in 2021 and designed and delivered a program in collaboration with the Judith Neilson Institute of Journalism and Ideas. This year, we ran a refreshed version of the program, with a number of presentations, panels, and workshops.

The sessions focused on promoting accurate information and better representation of the Muslim faith and community in Australia, including correcting misrepresentations. We want to to help improve the relationship between Muslim communities and media professionals. The participants spoke up about several significant challenges facing Australian Muslims. And pleasingly, their feedback about the program was overwhelmingly positive. 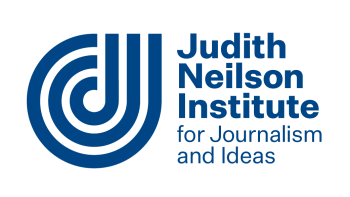 MDA Chapter Roles: Introducing the newest additions to the team of journalists joining our MDA committees across Australia!

A warm welcome to our 2022 MDA state chapter members across New South Wales, Queensland and Victoria – some old and some new! Our members consist of  journalists and/or media professionals who mirror MDA’s vision and are passionate about creating long lasting impact when it comes to diversifying the media landscape.

A huge congratulations to Patrick Abboud and Simon Cunich, who produced  “The Greatest Menance: Inside the Gay Prison Experiement, for ”Lockdown Productions and Audible. They won the 2022 Media Diversity Australia Award at the Mid-Year Walkleys on June 15th!

Media Diversity Australia CEO Mariam Veiszadeh, who presented the award, said, “Whose stories are told or not told, and how they are framed within the media landscape plays a significant role in how historically underrepresented groups are perceived in the broader community. This year’s winner  of the 2022 Media Diversity Australia Award administered by the Walkley Foundation, is an incredible example of a piece of work that does precisely that, as it holds a microscope to hidden prejudice and the dark and buried history of a long forgotten gay prison.” 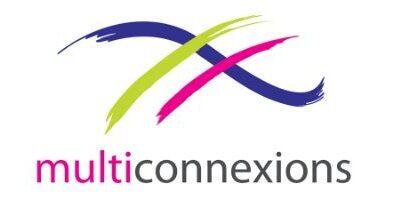 Reporting on China - Without Fear or Favour: Our panel on the difficulties of reporting China and what journalists can do about it, hosted by the inimitable Stan Grant

Media Diversity Australia in partnership with the National Ethnic Multicultural Broadcasters’ Council held the Without Fear or Favour: Reporting on China forum at the Judith Neilson Institute on Monday, May 30.

The panel discussed challenges faced by Chinese Australian journalists when reporting on China and deliberated on what media organisations do to ensure they can report without fear or favour. It was well received on social media too. Take a look at #reportingonchina

A big thank you to the MDA team for their hard work in bringing MDA founder, Isabel Lo’s vision to life! We look forward to having many more topical conversations like this in the future.

Want to be notified next time MDA hosts an event? Email us your name, position, email and number at comms@mediadiversityaustralia.org and we will be sure to keep you updated on our upcoming events. 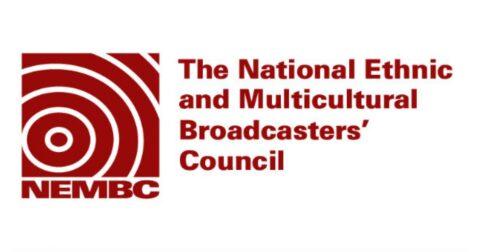 GIVE BACK NOW: Support us with an end of financial year tax-free donation

It’s time to GIVE BACK NOW  and become an active part of the change we want to see. MDA’s mission is to create a media landscape that looks and sounds like Australia. We have a vision for a media industry with full and equal participation for culturally diverse people at all levels.

MDA is a not-for-profit organisation run predominantly by journalists and media commentators. With your support, we can continue to run programs to support CALD journalists, conduct agenda-setting research, run networking events, provide practical solutions for the media industry, and much more.

We need your support to continue fighting for equal representation and make a real impact in the media landscape.

Our mission is simple:

The choice is yours! Give Once or Give Regularly with a monthly, quarterly or yearly donation to ensure a longer term allyship with Media Diversity Australia. A regular monthly donation will support our work and our projects structurally!

GIVE ONCE
GIVE REGULARLY

Want to help create a media that looks and sounds like Australia?

As a not-for-profit organisation, we rely on the help of our incredible volunteers. With your financial and volunteer support, we can continue to run programs to support culturally and linguistically diverse journalists, conduct agenda-setting research, run networking events, provide practical solutions for the media industry, and much more. If you would like to make a tax-deductible donation to support the vital work we do, please click here.

Media Diversity Australia (MDA) is a national not-for-profit organisation led by journalists and media professionals. Australia is culturally and linguistically diverse, and our media should be too. Established in 2017, MDA has a unique role as a champion of cultural diversity in Australian journalism and news media. We have a vision for a media industry with full and equal participation for culturally diverse people at all levels.