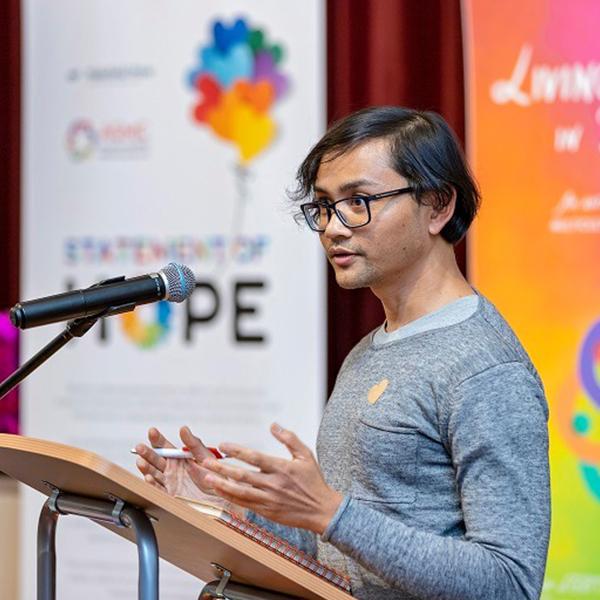 Budi Sudarto is the Director of Ananda Training & Consultancy, specialising in intersectionality, inclusion and belonging. Budi has been involved in the LGBTIQ+ communities for over 20 years, and has continued to use his knowledge, experience and advocacy work to support organisations in the development and implementation of diversity & inclusion policies and strategies that incorporate intersectionality. Budi has delivered training to several community organisations, including Monash Refugee Health, Brotherhood of St Laurence’s NDIS LAC, and Mind Australia, on inclusion and intersectionality. Budi has spoken to the media about the unique challenges faced by LGBTIQ+ international students in relation to health and well-being, as well as sharing his experience of being a queer Muslim and reconciling faith and LGBTIQ+ identities. In 2019, Budi spoke to Parliamentary Friendship Group for LGBTIQ Australians on Religious Discrimination Bill and the danger of using a narrow interpretation of faith to legitimise hatred. Budi is a strong advocate for multicultural LGBTIQ+ communities. He challenges Whiteness, power structure and racial hierarchy to advocate for inclusion and meaningful participation of multicultural/multifaith LGBTIQ+ communities. Budi is a member of Queer Muslims in Australia, and has continued to advocate for dismantling Islamophobia that exists within the LGBTIQ+ communities, and queerphobia within the faith communities through intersectional lens. Budi is a current committee member of the Equal Employment Opportunity Network (EEON) and a former vice president of the Australian GLBTIQ Multicultural Council (AGMC).